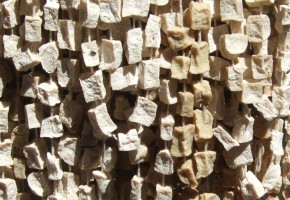 Below is guest post from Sangmo, a 17-year-old high school student, who has recently become active in the Lhakar movement in New York City. Hello people of the world, or at least the… Continue reading → 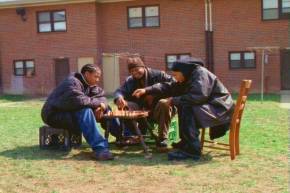 Below is a guest post by Rignam Wangkhang, who is interning in the office of a Canadian Member of Parliament this summer as part of the Canadian Parliamentary Friends of Tibet Internship Program.… Continue reading → 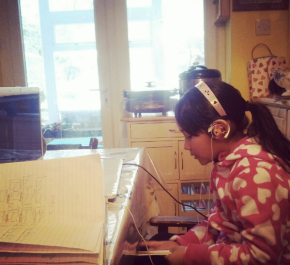 Woahh! Its been about 4 to 5 months since my last Lhakar post, apologies! I dont have any new cooking videos right now, as its been pretty hectic after getting back from India.… Continue reading → 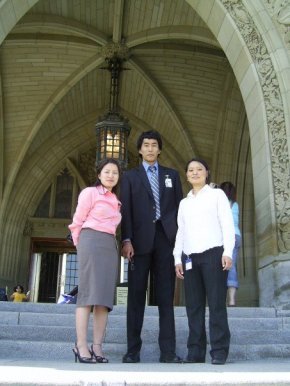 Take action for Tibet from the inside

There are many reasons I’m happy to be a Tibetan-Canadian. I get to eat both beaver tails and donkey ears [phungoo amjhok]. I get to enjoy cheese so dry it’s as hard as… Continue reading → 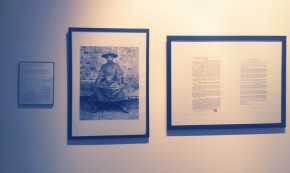 No, not that awesome Beyonce song that totally rips off Audrey Hepburn’s boho dance in Funny Face and kinda looks like a tricked out Gap commercial, I’m talking about an actual countdown to something super… Continue reading →

It’s been a while since I posted so I thought I’d write a short post to update everyone on the Lhakar kind of day I had today. The Ottawa Tibetan community, although very… Continue reading → 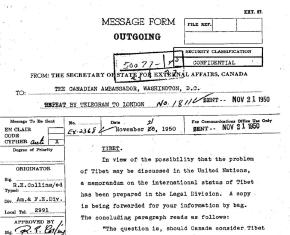 With today being February 13th, Tibet’s Independence Day, and the 100th anniversary of the day when the 13th Dalai Lama proclaimed the restoration of Tibet’s independence, it got me thinking; while Tibet was… Continue reading →

The Museum on the Roof of the World: My Take

Harris brings back to life documents and images from a range of colonial archives, and includes accounts and fictions published by British officers, ethnographers, soldiers and Asia-Tibet enthusiasts of that time to piece together how the myth of the exotic Tibet-an came into existence in the West. Her analysis is based on exploring the discursive formation of how the West came to imagine Tibet and its inhabitants. 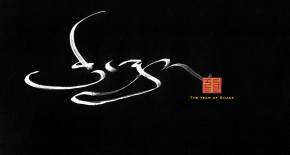 Upholding the Pledge: Lhakar in 2013

Happy 2013 to all our readers out there! Now that the holidays are over it’s back to work here at LD. After a long and busy holiday I thought what better way to… Continue reading → 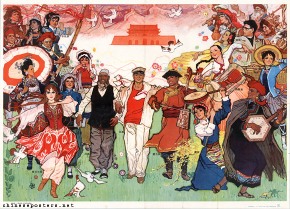 The Art of (China’s) Colonialism: Constructing Invisibilities in (Tibetan) History and Geography

What does an ethnographic discourse on the invisibility of a colonial empire in the 21st century look like? What does that invisibility contribute to, or rather take away from, the experiences of Tibetans inside and outside Tibet? In this post, I examine the historical and contemporary discourses on Tibet that frame Tibet as either not colonized or about human rights, which, I argue, silences Tibetan aspirations for Nationhood. Aside from contextualizing Tibetan subjectivities, I contribute to the ongoing discourse on how ethnographic narratives can re-construct the invisibility of existing colonial empires and justify their presence as a given right rather than foreign.