When I saw number plates in Tibetan

I recall how the movie Matrix comes at a turning point after Morpheus challenges Neo with a very difficult choice. 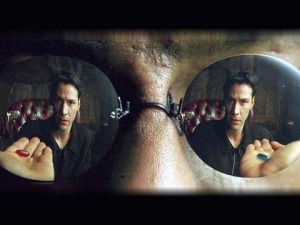 Well.. I didn’t quite require that level of intricacy nor did I have to follow some rabbit down the rabbit hole.

That’s when, leaving all my conscience behind, I at once made my mind to travel to Bhutan.

It wasn’t until post my high school years when Bhutan became a vocabulary that required frequent visit either through people, online portals or sometimes imagination too!

Bhutan, I feel, is one of the few places that deserve more than a mere Google visit.

“Bhutan, the land of Thunder Dragon, is no ordinary place”- Lonely Planet

But despite its exhilarating and breathtaking landscape, I strongly feel that it’s a country which could also serve as a model of inspiration to a Free Tibet.

Strangely, one of the many things that impressed me during my visit last August was ‘number plates’!

After reaching Siliguri in West Bengal, India, we had to board a bus to Bhutan. I chose the road over the sky so that I won’t miss every piece of Bhutan right from where it begins: Phuntsholing (Indo-Bhutan Border)

I noticed that the number plates there was not quite the usual. 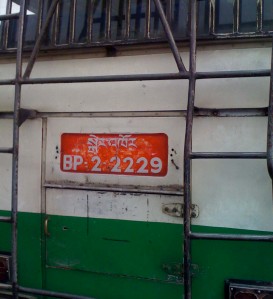 After entering into Bhutan it gradually became all familiar. I was really impressed with how the plates have been categorized and organized accordingly: 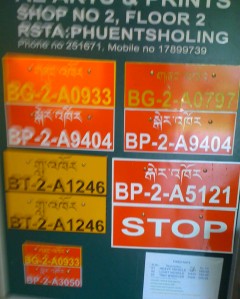 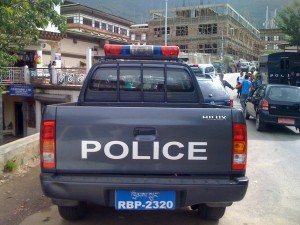 So couple of weeks ago, whilst my friend Dojee Tseten was busy getting numbers registered for his newly acquired motorbike, I suggested that his number plate at the rear should be in Tibetan like in Bhutan. At the moment: 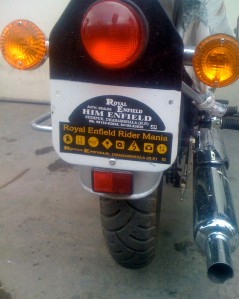 Hopefully in the coming days it will be this:

Perhaps Tibetan bikers and car owners out there wanna try it out too! It feels “YAYuuu Good”. Trust me ☺

5 thoughts on “When I saw number plates in Tibetan”