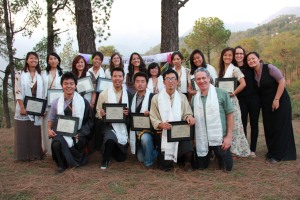 It is important to know this world has many great leaders and victories of non-violence resistance, who have brought down dictators, won over oppression and brutality. Our movement itself has great leaders and thinkers, this is why I want to inform you about Lhakar Academy, the Tibetan school of leadership and change.

The Lhakar Academy has brought a new level of knowledge and skill in strategic non-violent action and secure use of communications technology to the leaders of the Tibetan Freedom Movement – I was one of the first to attend this school with 12 other Tibetans. It was one of the most empowering moves I have ever taken as a Tibetan.

It is a new long term project set up by Tibet Action Institute, an initiative of Students for a Free Tibet, lead by Lhadon Tethong, Nathan Freitas and Freya Putt.

It is one month of in-depth understanding of Tibet, China in the context of contemporary global politics and history, knowledge of strategy, tactics of resistance, understanding technology, secure communications and media skills and much more.

Not only did I have the opportunity to grasp this information and have the time to question it, I also had the chance to analyse myself as a person and as a Tibetan. 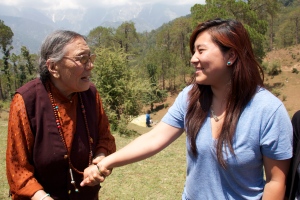 The School also reminded me of our heroes, men and women who have bravely fought for our land. Chushi Gangdruk – the Tibetan resistance army, Ama Adhe, and many more. We then looked at the rise and fall of dictators, non-violent resistant victories, the power of technology. I listened to Chinese, Tibetan historians, scholars and artists who opened my eyes to the reality that China’s power will one day crumble and Tibetans will seize this moment.

For all those who have sacrificed their lives for Tibet, from Chushi Gangdruk, to Ama Adhe, to the Drapchi nuns, the monks who have self immolated, to the ones still in prison, to the ones who wait for the return of their loved ones, I still remember you.

Hearing the news of another 29 year old monk self immolating is tragic, some of you may think there is no hope, China is too powerful. What can we really do? Protest, petitions are not enough. Sometimes we have these days of confusion, worry, loss of hope, this is only natural. I do not live in Tibet where I am faced with day to day victimization, and I do not know if I could lay my life like those monks. But I know as a Tibetan in exile I can learn, train and become a leader for my peoples’ survival to win freedom bit by bit.

We have been robbed, raped, isolated and silenced; to the point that our own monks cannot bear another day. They cannot see a brighter tomorrow, locked in confinement of their own monastery surrounded and watched by Chinese police, some dressed in robes spying on monks, infiltrating from inside. Who can they trust? Young monks, just simple boys trapped with no self-expression, feel the urgency to douse petrol in their mouth and on their bodies to end their suffering of Chinese oppression.

After 2008, Tibetans in Tibet lost any political space for movement. Lockdowns were in place, silencing Tibetans and preventing them from demonstrating or organising protests. But Tibetans inside were smart enough to use another type of space – their identity, their homes, their surroundings, they started to organise a non-cooperation movement which supported themselves. Buying vegetables from Tibetans, speaking Tibetan, punishing friends and relatives by fining them if they spoke Chinese. They invented this Lhakar movement and we are supporting it.

The resistance in Tibet is there, it is strategic and disciplined without much training but with a lot of determination. So imagine what this School can offer our Tibetan people, a nation of leaders and thinkers, equipped with warrior spirit and the knowledge of how to bring a dictatorship down.

I don’t know how to end this, but I am telling you we have great allies, tools of strategic non-violence, the spirit and the power to do so.

Charles Stewart Panell called out during the Irish rent strike campaign in 1879 and 1880:

It is no use relying on the Government…You must only rely upon your own determination… Help yourselves by standing together… strengthen those amongst yourselves who are weak…, band yourselves together, organise yourselves… and you must win…

13 thoughts on “Lhakar Academy: Tibetan School of Leadership and Change”