On Influence and Authenticity in Tibetan Literature

When you talk about Tibetan identity, you inevitably seem to come up against the sticky issue of ‘authenticity.’ Is this truly Tibetan? Am I? It’s no different when it comes to Tibetan literature; academics from the beginning have tried to determine which parts of our writings are indigenous and which are subjected to the influence of outsiders.

In the famous (and perhaps universally used introductory text for Tibetan college classes) Tibetan Civilization, R.A. Stein begins his section on ‘Literary forms’ with this: “[Tibetan literature] may be roughly divided into two departments, indigenous and non-indigenous.” 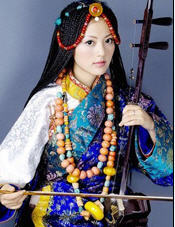 Well, of all the ways to look at it, why decide first and foremost that we must know what is really truly Tibetan? I can only hypothesize that this overwhelming concern with authenticity stems from the endangerment of all things Tibetan including our culture and identity under Chinese occupation. Or perhaps it’s simply masked orientalism, a need to find the hidden culture which can be kept pure.

What I do know is that Tibetan literature has always been mutable, growing, evolving – a thing that has been both accepting of influences while being strong enough to Tibetanize outside traditions. And this is true, right from the very beginning of our written language.

It goes like this: emperor Songtsen Gampo brought 3 great civilizing innovations to Tibet: the introduction of a system of writing, the codification of law, and the inception of Tibetan Buddhism. Writing, law and religion – these three things were fundamentally important for the dawn of the Tibetan Imperial Period.

The Tibetan writing system was based on Indian scripts of the period (as an aside, Chinese at that time thought Tibetans were illiterate barbarians because our Indic based texts weren’t recognizable to them!). As I mentioned in my earliest post, the introduction of Tibetan writing took place at a time when Central Asia was connected by the silk route and when Buddhism had spread from India through this route deep into Tibet.

So it was the adoption of Buddhism that made Indian influence so significant for Tibetan literature. In particular, the translation of Buddhist texts into Tibetan encouraged by emperor Trisong Detsen (early 9th century) was critical in shaping the role of Indic poetic thought in our nation. 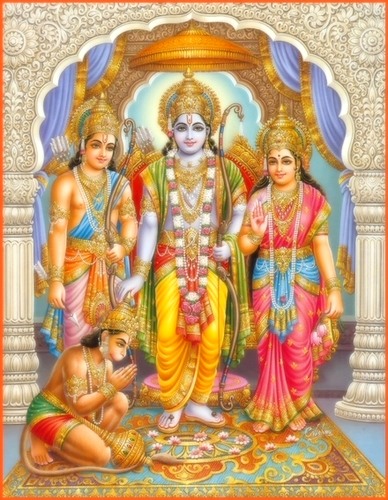 Some of you may be surprised to find that in the Dunhuang caves, where the earliest Tibetan texts were found, was the Tibetan version of the Indian epic Ramayana! The original Ramayana is a Hindu tale written in the 4th or 5th century BC. The Tibetan version was written between 787-848 AD with a different plot (Sita is the daughter of Ravana –weird, I know) and with very little indication of the Indic origin. It’s completely Tibetanized!

Dandin is another major import from India for Tibetan literature. He was a 6-7th century poet who wrote Kavyadarsha (The Mirror of Poetics), a classic treatment of Indian poetic theory. While he was a relatively minor figure in his native land (for some mysterious reason), he was considered the MAN in Tibet, thanks to Sakya Pandita, and his Kavyadarsha became the DEFINITIVE manual for Tibetan poetry and prose.

The influence of India is deep in our literature, more powerful than any other nation’s tradition. Even Tibet’s first novel (Tsering Wangyal’s ‘The Tale of the Incomparable Prince’), was written as a Buddhist Ramayana and follows the edicts of Kavyadarsha.

But it’s not an even influence that is taken carte blanche by Tibetans in every poem, in every book. And it’s not an impersonation. Going back to the beginning of Tibetan writing, the earliest texts of law found in Dunhuang were written in Indic inspired script, but the laws themselves weren’t Chinese or Indian. They were ancient Tibetan laws.

Another example: Sakya Pandita’s Sakya Legche, though inspired by the Indic form, actually taps into folk tradition. As well, the language in his tome on good behavior is very much geared towards the lay population, and is not in the ornate Indian style.

Over time, Tibet also produced its own styles of writing which were distinct from Dandin’s. The Fifth Dalai Lama, for example, instituted the study of poetics and out of this era of growth in the arts, two schools of poetry emerged in Amdo: one for bjid po (the heavy style taught in Labrang under the Dalai Lama) and the other for mdzegs (the beautiful style). 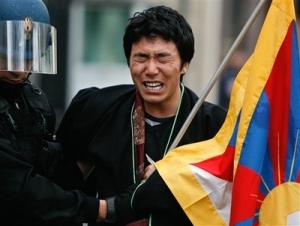 I want to close by saying this post was inspired by the heartfelt and moving pieces of my fellow Lhakar Diaries posters this week. Their struggles to learn their Tibetan language and identity, their desire to be close to their heritage while feeling alienated by the aggression of the demands of others to fit into their ideas, are deeply connected to the question of authenticity that sparked me to write this.

Tibetan literature (like Tibetan people, food, music, dance etc.) is always subject to influence, to change. Notions of ‘authenticity’ or ‘indigenous’ are problematic at best. We cannot now begin to put a fence around ourselves. Instead we must be confident in the strength of our core shared values and beliefs. We must know that we can accept new visions, new ways of doing things from outside and Tibetanize anything – we’ve done it before.

Until next time, this is NYCYak. Ghale Peh!

One thought on “On Influence and Authenticity in Tibetan Literature”